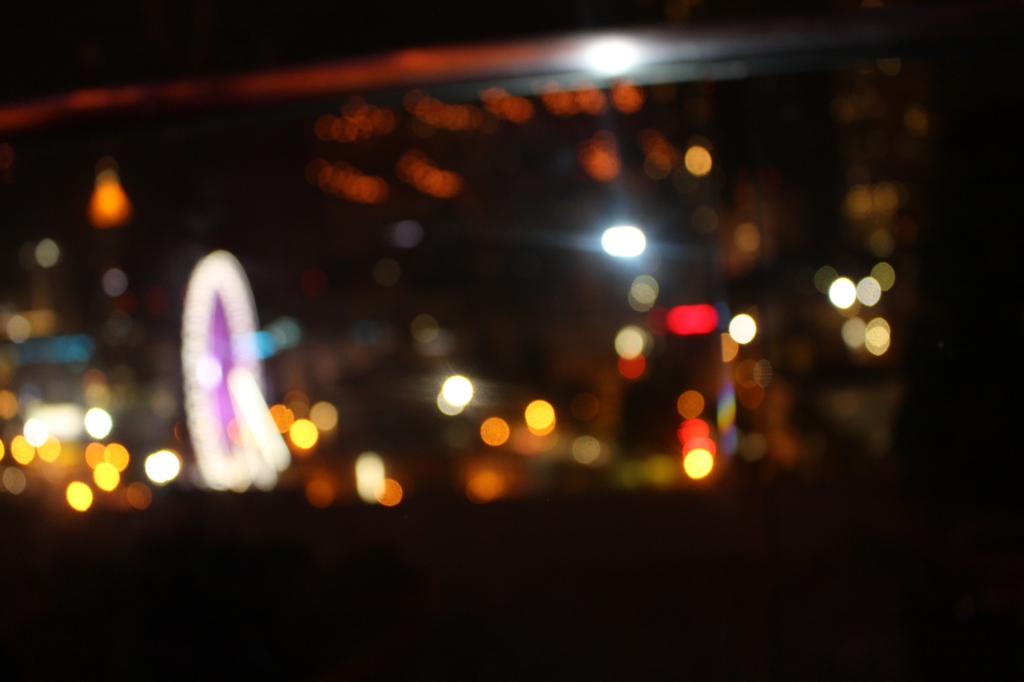 I grew up with my grandmother who is such an entertaining old lady. She would not back down to an intimidating Christian song just because she did not know the lyrics. The solution was quite simple; either invent her own words or substitute words with sounds that she made . The problem though was that these sounds sounded more like the repetitive tooting of a klaxon and soon became my special indication that it was morning and time for school. Living with my grandmother was both intimate and educative. My identity as a Fante and a Ghanaian was molded and instilled in me right from infancy. I was taught the name of the moon and how to call God using a variation of Fante words such as Nana Nyame, Nyankopon, Ewuradze and Oky3so Nyame. I heard my grandmother pray loudly in the middle of the night and God’s Fante names were unavoidable and unmistakably present in our home. I learned them, it was impossible not to.

There were also those Sunday afternoons that met me sitting in the kitchen for hours on end making Palm nut soup with my grandmother. Making palm soup was annoying and one I do not miss in the least. It involved pounding the nut, removing the mixture of smashed fruit and kernel and chaff, squeezing them while separating the kernel all in water, passing everything through a colander, repeating, and doing all these cumbersome things until you obtained a thick orange liquid which we were going to spend another two or so hours boiling and observing…..and that was not it! No, no! After this ordeal, I still had all the dishes to deal with! Mind you, that was also no easy task since palm oil has abnormal adhesive qualities and will stick to every container! This meant that I needed to scrub the pot doggedly like my very life depended on it.  Guess what, my grandmother’s eyes can spot oil stains as minuscule as a grain of dirt. Squeaky clean quickly became an understatement. #Mylife. I doubt my grandmother could relate to my pain. She did not obviously because we came back to this soul draining work almost every other week.  Her simple and obstinate reason for sticking with this overrated delicacy was simple; that it was the best food for feeding the entire family over a long period of time. WHAT entire family? AND WHAT long period? Who wanted to spend an entire life time eating Palm nut soup?! I looked left and right, it was only her and me, there was no real huge family, it was just us, but unfortunately, she was right. The soup did feed us and for a long time! The thing about Palm soup is that the longer it ages, the better it gets; more like fine wine. So basically, a huge cauldron of soup could last us a whole week; lunch and dinner inclusive for seven days, sometimes more. Palm soup was not the only type of soup that lived up to its utilitarian claims; indeed, the palm tree itself is a three in one resource that can produce not only food but alcohol, brooms for cleaning the home, baskets and many more decorative and visually pleasing accents for the home. My childhood was loaded with cultural information that was either intentionally or unintentionally shared. In addition to knowing the home remedy for almost every kind of condition, I was seamlessly socialized to be the woman I am today. We grew spices and medicinal grass and plants we used ourselves. Knowing which one exactly to use to cure a slight malaise, which to eat for strength and which to use to achieve flavor in a steaming pot of stew. I grew up with a wealth of cultural information at my feet. I became the woman that did not imitate in an empty attempt to be Ghanaian, but the woman who knew the reason behind every reproduced cultural act. My children are going to inevitably learn from me too.

When it was time for me to go off to college, my grandmother convinced me to go to the University of Cape Coast. She wanted to see more of me and couldn’t stand the thought of my going away from her. I’d lived with her from birth till high school and now I was ready to move on. We parted with a promise of seeing each other whenever we could. I studied French at the University of Ghana and one of the most profound statements I came into contact with while learning this language is the fact that one cannot fully appreciate another ‘s language if they are oblivious of their very own. This thought stuck with me and after living in parts of Africa, Europe and now America, this thought has grown to become even more relevant in my life. In a society that is a melting pot of many different cultures, I realize more than ever that the oral traditions and folklore and pretty much all the cultural information my grandmother introduced me to help me understand that I am a product of a unique culture that forms the core of my being. I remain unfazed if someone utters some kind of vulgarity to me in English. A thousand Fuck you’s will meet an indifferent stare yet insult me in Fante and I will definitely be ready to fight back. My ex-boyfriend who was born in the United States speaks to me in Fante. Fante is the language of banter, familiarity, and intimate discussion. Casual conversations that begin in English make me fully aware of the possibility of a bad day that he’s had or that he’s in a state I prefer not to relate with. To this day, I pray in Fante to my God; Nana Nyame who I believe hears and understands me. I’d like to think that Nyame and Jesus are one and the same, and that Africans are not necessarily pagan but have an understanding and knowledge of God for themselves even though they may not necessarily express it the way the world deems fit.

My knowledge of my culture helps me appreciate and respect the unique differences and similarities that groups of people across the world have. I have over twenty international contacts in my phone and the only way I have been able to keep them that close is because I appreciate my culture and know better to respect theirs too. My grandmother’s telling and re-telling of stories to me forms who I am, a lover of the literary arts. For this reason, I grew up yearning for more stories and soon, my grandmother’s oral accounts led me to seek more in written accounts. I grew up reading Ama Ata Aidoo, Efua Sutherland and a lot of Ghanaian poetry by notable poets such as Kofi Awoonor. I also read some Nigerian literature and had a childhood surrounded by a line of books called the African Pacesetters series.

One of the ideas that drive me to contribute to the body of literature is; I believe that we all have stories to share. I recently read Yaa Gyasi’s novel, Homegoing and I was happy to find that this book which is written by a Ghanaian who lives in America reinforces most aspects of my culture and childhood. The book made me realize that I hadn’t eaten with my fingers in a very long time and for weeks I have been doing just that!

To conclude, I’d say that I believe we all have stories and I am driven to tell Ghanaian and African stories and let the world know more about my culture, pride, and world. No matter where I live, the strong sense of identity and self that was ingrained into me right from childhood is the point of departure and foundation I will use as an African in the world’s cultural basket to tell my own unique story.

Efua is from Ghana and is interested in society and culture as well as conversations on gender and sexuality. While sitting through a speech by a professor at Kenyon College, I agreed with the idea that the limitations of the human mind aren't necessarily burdens but gifts! I couldn't agree more! I am curious and love to process and reexamine information. I also have absolutely no restraints in admitting that I don't have all the answers or that I am still thinking about something! Go ahead and leave me a message! View more posts

2 thoughts on “How My Story Intersects with Africa”