When I saw Christiane Amanpour outdoor her new show Sex and Lovearound the world, I wondered what grand plan lay behind the production of this show… 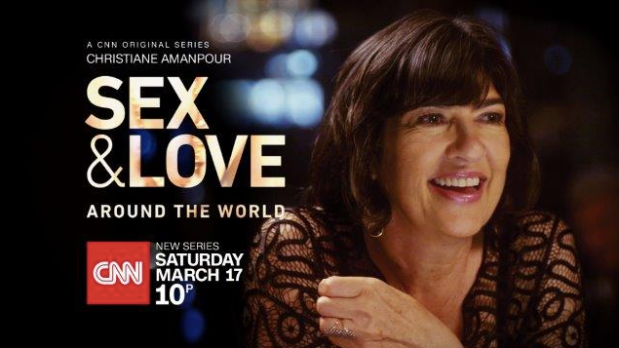 9:40 something pm, my phone is buzzing with messages. The girls are upset over Moesha’s comments about Ghanaian women and their having to live off transactional relationships often with older men. Moesha is a Ghanaian socialite whose real profession is unknown. We either think she lives off her men or is employed in a day job that can not technically pay for her lifestyle so the sugar daddy or better put, the sponsor, fills in the paycheck gap. Chimamanda Adichie in her novel Americanah paints a vivid depiction of the complex socio-economic landscape in Nigeria while specifying the ambiguousness surrounding the economic life of one of her lady characters. The other co-protagonist of the novel, the man who is in love with the main character ends up marrying into a family mainly for financial reasons. Right from the middle ages until the twenty-first century, financial gain has remained a motivator of unions and relationships, Moesha’s declarations seem no different thematically from the allusions this paragraph has developed from.

My friend just returned from Nigeria and literally remained without female ‘company’ while away because he was unwilling to go along with the transactional reality that relationships are in that part of the world. Another friend recently returned from Cameroon and while asking him how his trip was, his words were that basic prostitution is out of hand. What in the world is basic prostitution? Casual relationships that dwell on economic gain was his answer. Wow, I said. Weeks ago, my eyes widened as I read this article about the blesser syndrome in South Africa. (Blessers are older men that literally bless younger women with HIV AIDS and money and condomless sex) As I drew comparisons between the facts the article presented and Ghana, I arrived at the conclusion that while the article portrayed Southern Africans as being more overt about their search for blessees and blessers, (because adverts were/are made on social media in search of younger girls to bless and older men who bless) Ghanaians are a bit more discreet in their ways I daresay mostly because of our religious hypocrisy but moving on, songs such as Ebony’s Sponsor among a host of other products of popular culture such as this episode on An African City shows us that the dynamic of sexual-economic relationships aren’t a new thing under the Ghanaian sky.

While I am not interested in determining whether Moesha was wrong to have said what she said or not, my focus rests on what Ghanaians are doing to empower women and renew mindsets so that people do have the need to rely on sugar moms or dads out of economic need. Logically, there is no way to dictate the lifestyle of humans but the more important thing is to realize the urgency that needs to come from issues like this. Our society is morally decadent and sexual episodes such as these are not the only things that we should be alarmed about. Being a Ghanaian has taught me that we are people that easily forget and make fun of every possible thing on earth. In addition, Ghanaians literally live with crocodiles yet scream in fright when we see lizards outside.

In a country where a minor can flash her naked body on camera while flies dance around her vagina and receive acclaim through viral shares and much laughter, in a country where preachers go to bed with members of their churches, hold entire services to demand the body counts of their members with much focus on how much members are bringing to the church coffers rather than a focus on the salvation of members, in a country where female singers get shamed over their choice of dress, in a country where full grown parlimentarian women get shamed over wearing body jewelery such as anklets, in a country where women sometimes fall prey to sexual requirements to secure or keep a job, ( well this happens in our schools too ) in such a country, a country where if you’re a woman in a top position, people wonder if you slept your way up, paying little heed to your credentials, a country where self-acclaimed relationship experts and mariage counsellors hide behind morality and push severe and unrestrained sexism and remain justified, this is our country where scandals blow over quickly just to be replaced by other ones while we laugh and laugh, maybe it is time to ask what exactly we are doing besides laughing or hurling angry words at people such as Moesha while the truth stares us in the face. Ghanaians love to circumvent and address everything else but the truth and possible solutions. Maybe it is high time we brainstorm real solutions.

Comments like this are refreshing because it is very much like that community with the dusty, bumpy, eroded road. One of the community members decides to tar only the portion of the road that is in front of their house while the dust from the rest of the road blows up and touches the same house that sits in front of the little stretch of tarred road.